'Simon Sez': A movie with a Dennis Rodman sex scene

A review of the 1999 Dennis Rodman vehicle. Featuring vehicles.

Share All sharing options for: 'Simon Sez': A movie with a Dennis Rodman sex scene

Here at SB Nation, we like to give everyone a fair shake. Which is why we're not only reviewing sports movies, but also movies STARRING sports figures. Which is why you're sitting here now, about to read a review of the 85-minute 1999 action film Simon Sez, starring Hall of Fame basketball player Dennis Rodman.

Going into this movie, the only thing I know about it is that it's the Dennis Rodman action movie that DOESN'T co-star Jean-Claude Van Damme. So that means The Worm can really stretch his legs out and carry this Bad Boy. (See what I did there?) Just to give you an idea of the caliber of movie we're dealing with here: I purchased it as part of an eight-film, four-disc set at Target called "8 MOVIE COLLECTION: EXPLOSIVE CiNEMA." Other films on this set include Hudson Hawk and that buddy-cop movie that Harrison Ford and Josh Hartnett made together. What's that? You weren't aware that Harrison Ford and Josh Hartnett made a buddy-cop movie together? That's right. You weren't. These movies are the peers of Simon Sez. 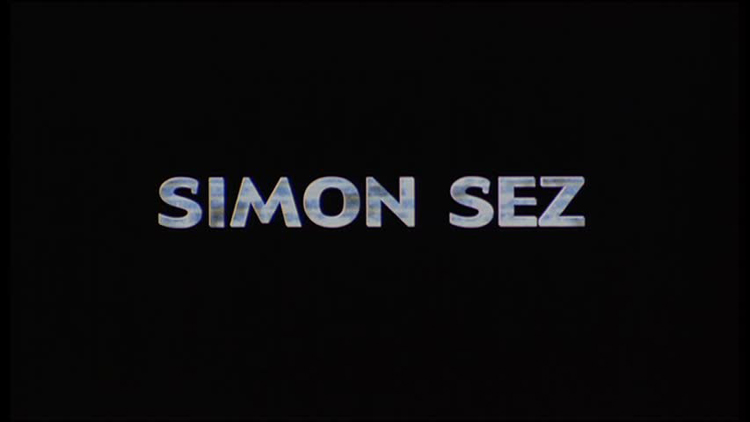 Without further ado, let's dive right in, shall we? I mean, it's an under-90-minutes movie featuring Dennis Rodman, our ambassador to the East. How bad could it be? 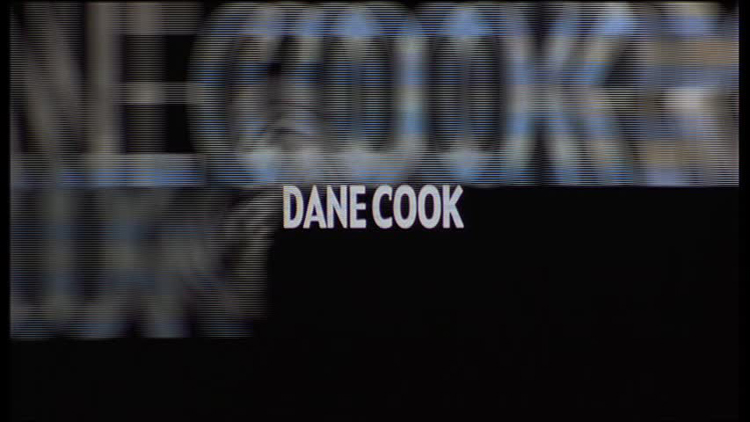 OH GOD NO I HAVE MADE A HORRIBLE MISTAKE

Interpol agent Simon goes on a mission in France to save a kidnapped girl and defeat an arms dealer.

Informative! Except that's not really accurate, because he's already IN France when the movie starts and he's only roped into the "kidnapped girl" part when Dane Cook shows up.

Ugh, okay. Against my better judgement, I will attempt to relate the story of Simon Sez: 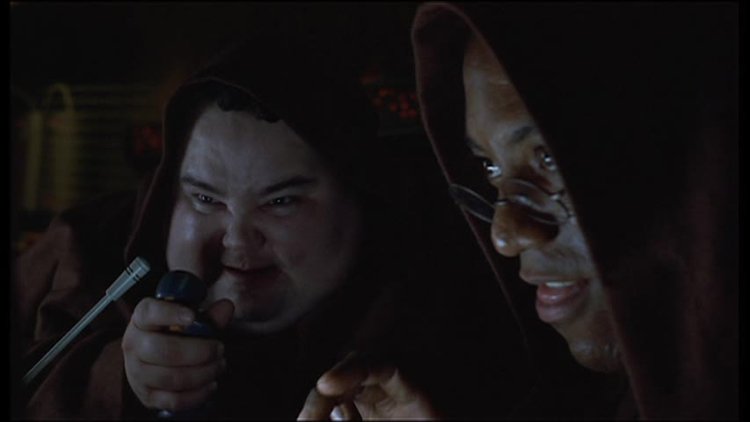 - Simon is on the trail of some stolen weapons or something (I dunno; who cares), so he's trailing a Russian general or colonel or whatever

- This Russian guy meets up with a DIFFERENT bad guy, who appears to be blackmailing him. This guy also chews more scenery than a moth left alone in a closet with some cloth scenery for several months 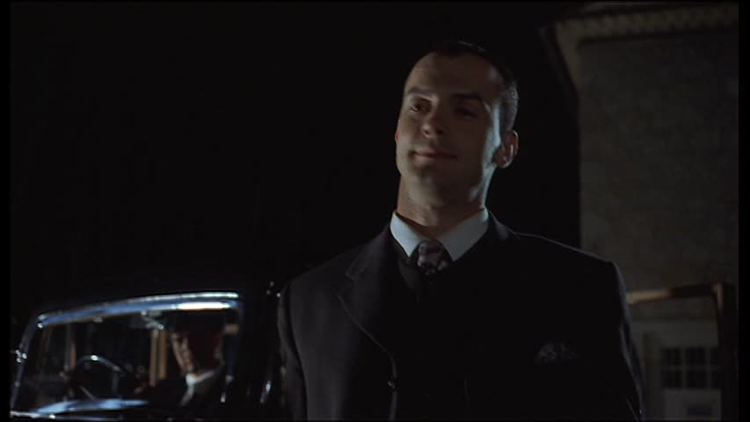 - The daughter is not in any actual danger; she is just in love with the third guy's son

- John Pinette has this haircut: 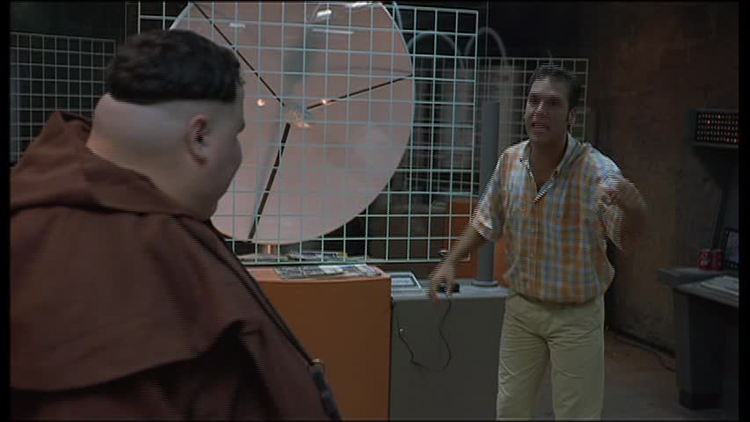 - The scenery-chewing guy wants to get the weapons and the codes so that he can launch missiles all over the place, literally for no reason. At the end of the movie, during the "big showdown," Rodman is like, "Why are you doing this?" And the bad guy is like, "Dunno; shits and gigs p. much."

- I hate this movie. I hate that it is taking up space in my brain. I hate that I had to try to remember what the plot was. Go to hell, Simon Sez

As you may expect from a movie from 1999 that stars Dane Cook and John Pinette, this is an action comedy film that really triples and quadruples down on "action comedy." The only problem is that the people making the movie only have some vague idea of what "comedy" actually is.

Some of the very first lines of dialogue in the entire movie:

WHAT ARE YOU TALKING ABOUT THAT DOESN'T EVEN MAKE SENSE

Except that "dogs are barking" example is not in the film and is more clever than anything that actually happens in the film. John Pinette leads sheep around and spends time bleating at the sheep. At the end of the movie, he suggests his stripper name should be "Free Willy" and then makes vague whale sounds.

The first time Dane Cook gets into trouble in the film, while mercenaries are literally trying to kill him, he says, "Don't make me get all jurassic on you," and then proceeds to do a 100% Jim Carrey raptor impression. In the middle of a firefight. 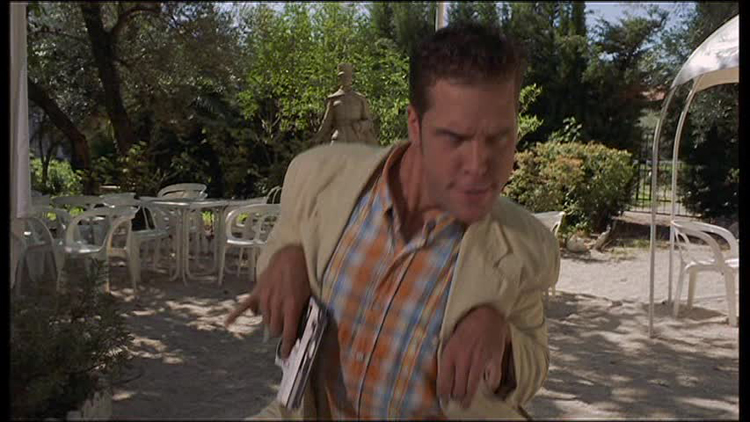 YOU ARE HOLDING A GUN PLEASE STOP DOING THIS

The "comedy" also includes John Pinette and Not-Hannibal Buress playing the old Real Genius gag on Dane Cook, who is dumb as a bag of hammers (art imitates life?) and thinks Jesus is talking to him in the monastery. The fake monks nearly shit themselves by tricking Dane Cook into ... you guessed it ... dancing. OH MY SIDES. 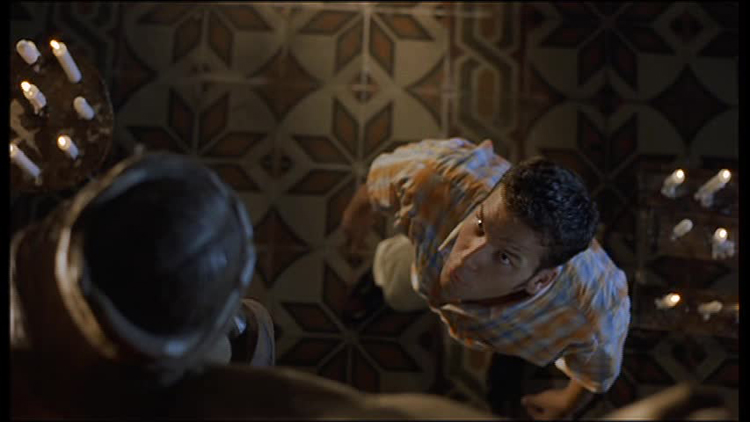 Also, bodily fluids are a good stand-in for comedy as far as Simon Sez is concerned. Dane Cook drools on a couch and dry-humps it after being knocked unconscious. When Rodman drives his car off a cliff and deploys  a parachute to fly over the French Riviera and land safely, Dane Cook barfs all over himself in terror. Rodman shakes his head, rolls his eyes and says, dismissively, "Caucasians."

Oh. Right. Dennis Rodman drives his car off a cliff and deploys a parachute.

The effects are ... not great. Look at that GIF. Just look at it. But there's a lot of action in this film. The least-interesting frigging action you've ever seen in an action movie.  This movie is 86 minutes long. Probably 55 minutes of that is action. The rest is you, the viewer, either being confused or disgusted.

But the action is SO BAD. Bad fights. Bad car chases. A guy gets pushed down stairs in a shopping cart for some reason, but there's a reverse cut that shows he's in no danger at any time. It's the smoothest trip down a flight of stairs you've ever seen. 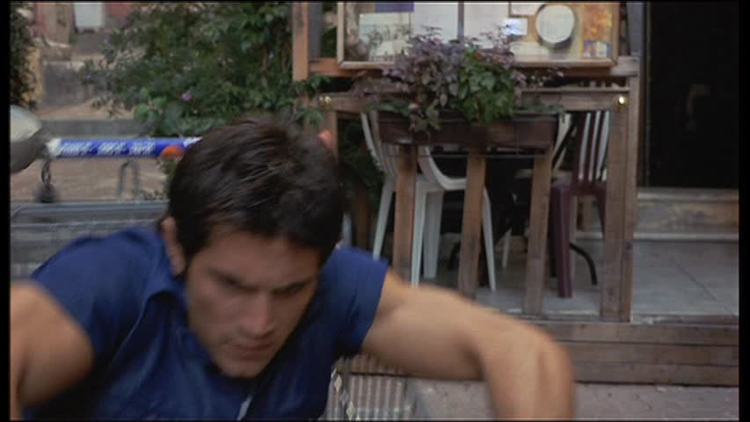 There's also a part where they're trying to stage a daring rescue, so Simon puts on a disguise. And the disguise they choose for him ... 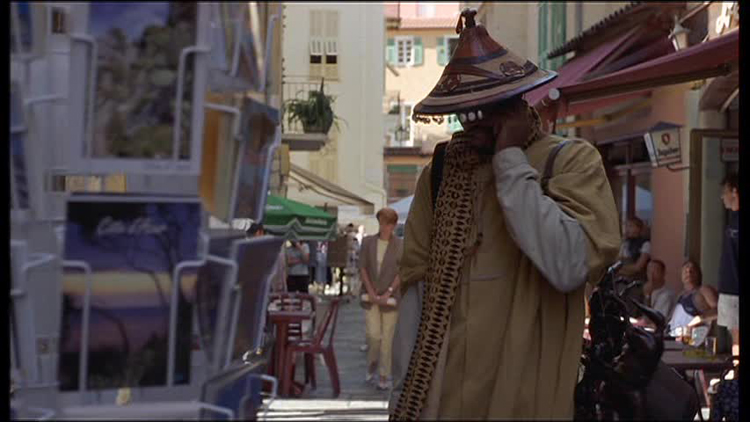 Yes, THAT is the costume you would choose to make DENNIS RODMAN less conspicuous. Congratulations, Interpol, you are all idiots.

And what about the amazing way Simon uses his exceptional motorcycle skills to evade capture and/or death?

Man how did they DO that?! Movie magic, I guess. I did not alter that GIF in any way. That was the editing used in the movie. Stunt driver swerves slightly toward side wall of tunnel, then immediately WHOOPS WHOA MOTORCYCLE ON THE CEILING.

(By the way, the big showdown ends when Rodman stabs the bad guy into a fusebox. But then the guy SHOOTS ELECTRICITY OUT OF HIS HAND to activate the self-destruct on the missiles with his dying breath. Wheeee.) 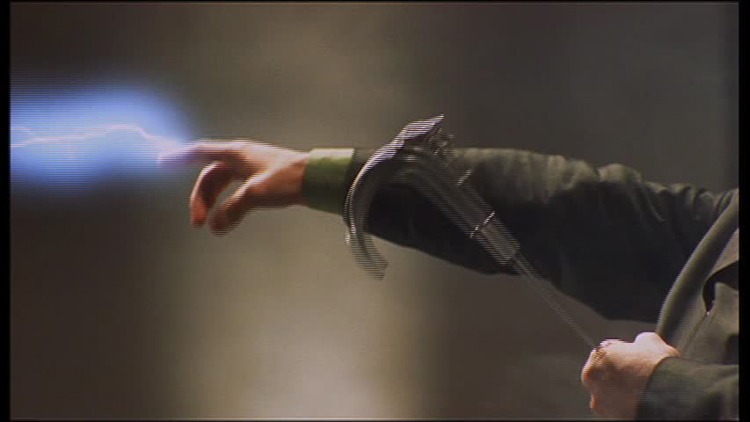 Yes, there's a love story beyond the "kidnapped" daughter. Yes, it involves Dennis Rodman. Simon and a woman who works for the bad guy apparently have history. Simon and this woman keep flirt-fighting throughout he film (although even me saying "flirt-fighting" is giving them a lot of credit, because these two have the chemistry of Jennifer Aniston and whoever is co-starring in a movie with Jennifer Aniston) and Simon keeps insisting they used to have something special.

This will-they/won't-they (or more accurately, this I-don't-care-about-these-people/why-is-this-happening) dynamic finally comes to a head (gross) when Simon brings flowers to her apartment (because I guess he just knows where mercenaries who are trying to kill you live) and they begin having a fight where they rip each other's clothes off. This is as icky as it sounds. 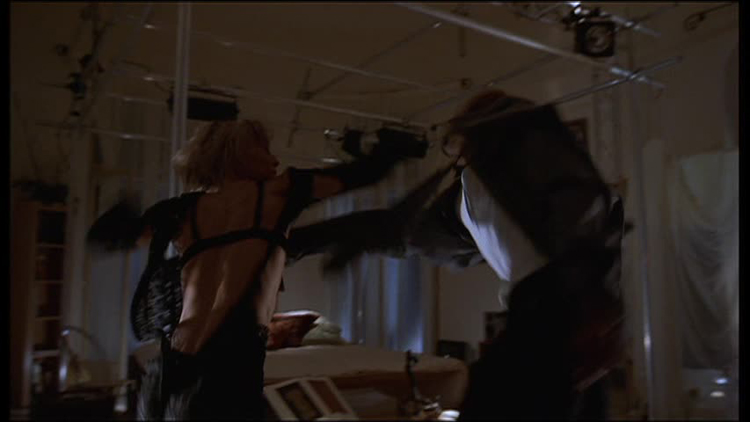 Finally, they land in bed together and she succumbs to his ... whatever. Then she hits a button and her bed turns into the Zion rave in Matrix Reloaded and then, to my immense and everlasting horror, we are subjected to a DENNIS RODMAN SEX SCENE. 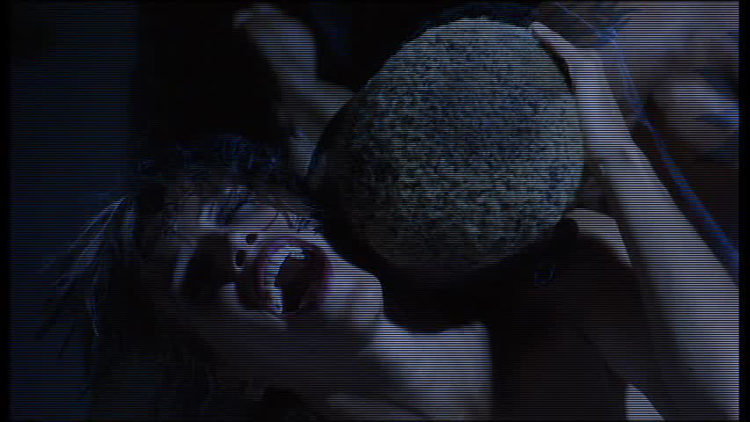 Ugh ugh ugh I need to look at something else to cleanse my mind. 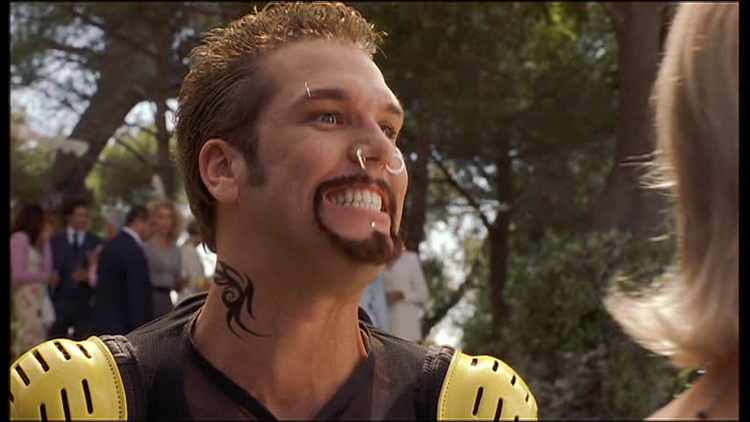 To sum up: I watched Simon Sez and can no longer feel happiness.