The first episode of the seventh and final season is called "Black Widower." Because that's what it's come to: a subpar pun.

Share All sharing options for: Sons of Anarchy: Black Widower

"Sons of Anarchy" is an over-the-top, bombastic soap opera that had a fantastic first four (or so) seasons, but has spent the past few years trying to cram the most ridiculous, Garth Ennis-level shock tactics into its variable-length episodes. So now here we are, in the final season, where most of the characters will probably die and where show creator Kurt Sutter will probably be dialing the bleak gruesomeness of the series up to Salo levels.

If you've listened to our podcast, you know that both myself and fellow Progressive Boink staffer Pete Holby have plenty of thoughts on the show, some good and most very, very bad. So in the interest of seeing something through to the bitter end, I will be providing recaps of each of the episodes of the final season of the show. I imagine I will have a lot of thoughts and questions and the need to yell a lot, so let's consider this a form of therapy.

So let's fire up the season premiere and see where OH GOD THIS EPISODE IS TWO AND A HALF HOURS LONG.

- The episode opens with Jax beating the hell out of someone while wearing a prison jumpsuit, set to the melodious strains of a love song. He ends up carving a swastika into the now-dead person's abdomen and pulling out two of the dead guy's teeth. This was for the sake of doing some prison business with a Nazi guy, who was probably Marilyn Manson or Skrillex or someone doing a clever cameo, because "Sons of Anarchy" does a brisk business in "aging rockers guest star as criminal racists." 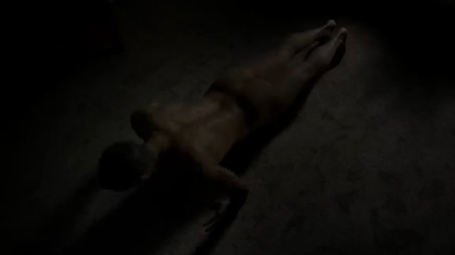 - The Sons threaten a legless guy and his crew in broad daylight on the sidewalk, shoot a guy in the leg, then drag the legless guy and his wheelchair behind Bobby's motorcycle. The dragging sequence features some of the worst television CG since The Langoliers and shows the guy holding onto his overturned wheelchair and screaming while traveling down the road at like 15 mph. Just ... just let go, dude. Roll with it. It can't get much more dangerous than it is right now.

- The closing montage (a "Sons of Anarchy" staple) is a cover of "Bohemian Rhapsody" that appears to be performed by a children's choir, Eddie Vedder and Blake Shelton. I'm not looking it up.

- Jax is shown getting ready to just torture the absolute PISS out of a dude who he believes was ordered to kill Tara. It cuts back to both him and the dude covered in blood and him beginning to LITERALLY RUB HANDFULS OF SALT INTO THE GUY'S WOUNDS while the other Sons regulars watch. Then Jax graphically stabs the guy to death in the head with a carving fork, because poetic justice.

- Drea de Matteo is back and finds out that Gemma has been hiding Juice at her apartment while she's been gone. Juice begs her not to throw him out, because the club will kill him if they find him. Drea de Matteo then just freely tells Gemma this when she runs into her, and Gemma's reaction isn't to immediately get Drea de Matteo alone and kill her like she did Tara. You remember: literally the last thing Gemma did the last time something got her nervous about her relationship with Jax.

- Gemma convinces Juice that he needs to stay on the lam, because that will keep the club and Jax safe and that's the only thing they both care about. It actually occurs to me that what will keep the club and Jax safe is Juice going to Jax and being like, "Yo I made a mistake in the interest of the club, but Gemma killed your wife. Seems like a thing you should know." But never mind that because WE'VE GOT A JAX DOWNWARD SPIRAL TO GET TO.

- Jax is immediately convinced a nameless gangland guy killed Tara. Makes sense, right? Since everyone else you've known that has died has been murdered at the hands of someone you intimately know or as the result of BETRAYAL MOST FOUL.

- Jax in prison, silently acting opposite CCH Pounder while his eyes well with tears. Charlie Hunnam is a better actor than anyone gives him credit for. Probably because of his getting-worse-instead-of-better American accent.

- Oh thank Christ, this episode is only like 110 minutes long. The final 40 minutes or so is "SONS OF ANARCHY AFTERWORD," because no "prestige" drama can exist on cable television anymore without people talking about what we just saw immediately after we saw it. Sadly, "Afterword" is not hosted by Chris Hardwick. This should also probably go under "ridiculous" because the host wears a goddamned SOA kutte and he and the guests (in this case, Hunnam and Sutter) sit at the goddamned Redwood Original table. I just ... I can't. So that's a good place to end.

That's it for this installment! Join us incredibly soon for episode two!