Professional athletes are larger-than-life figures, always something transcendent in our minds. When we try to conceive of them as actual, normal human beings, we're filled with confusion, disappointment, anger, or Doritos. Usually Doritos.

Perhaps it's a result of our lofty expectations for them, but many athletes begin resembling superheroes (or perhaps sometimes vice-versa). If you happen to be both a comic book nerd and a baseball nerd - and dear lord, I'm so sorry - some of the comparisons can be surprisingly apt.

Presented here for your enjoyment is a brief look at five of the players on the New York Yankees, and the superheroes they most resemble.

1. Alex Rodriguez is Namor, The Sub-Mariner 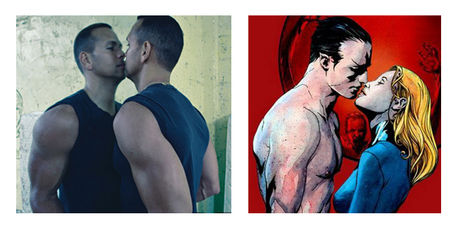 There probably isn't a better analogue for A-Rod in all of comics than the king of Atlantis, Namor. The Sub-Mariner is the first of his kind, amazing at everything, insanely powerful, fabulously wealthy, a notorious womanizer, infamously vain, and a smug prick pretty much all of the time. Everyone in comics always begrudgingly admits that it sure would be handy to have Namor on their side, even if they can't stand him most of the time. Alex Rodriguez is pretty much exactly that description. The only differences between the two characters is that A-Rod only breathes air and has way more portraits of himself as a centaur.

By the way, if you expected A-Rod's comic equivalent to be Northstar, you're a terrible person. 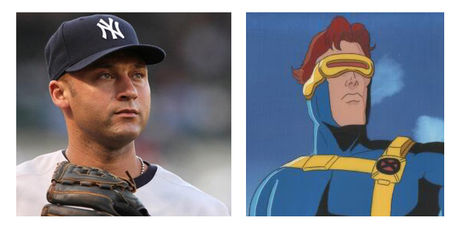 The thing about Cyclops is: he's a brilliant tactical mind, he may be the best true leader in comics, and his team would fall apart without him. He's the glue that holds everyone together, he's the guy that makes the tough decisions, and he's the guy that is willing to be unpopular to do what needs to be done.

Ugh, but holy shit; Cyclops. We hate you. 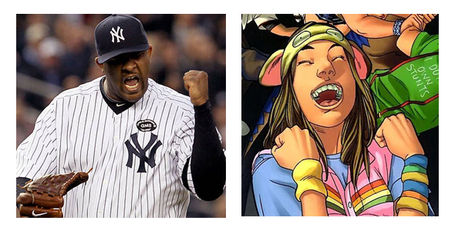 I know, I know, you expected some sort of cheap fat joke here, like The Blob, or Mojo. Again, shame on you. I went with Molly here, because CC is pretty much the same: a person whose ability may not be suggested by their appearance. Molly is the powerhouse of the Runaways, but is also an 11-year-old girl. She's impulsive, excitable, and pretty goofy. Sabathia is a 900-pound weirdo who is one of the best pitchers in baseball. 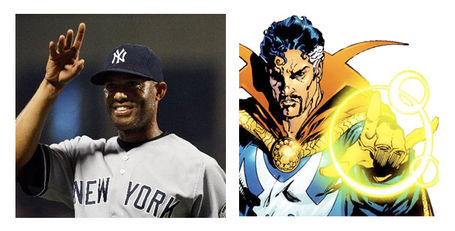 Did you know that Mariano Rivera only has one pitch? If you didn't, you're likely to see a minimum of 50 articles this year that elaborate on that talking point. Mo Rivera is probably the best closer of all time, but is generally considered to be some sort of warlock due to his overwhelming reliance on the cutter. Dr. Stange is one of the most powerful characters in comics, but usually gets things done by making "Superfly" Jimmy Snuka hands and yelling, "By the hoary hosts of Hoggoth!" It's constantly a mystery to comic book geeks that Dr. Strange can't get a movie made, the studios instead opting for films featuring superheroes who punch things and fire guns. It truly is one of the great mysteries of our time. 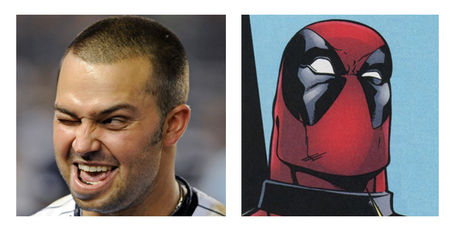 Although Brian Wilson gets the lion's share of the credit for being a fourth-wall-breaking, pop-culture referencing, ironic baseball player, let us not lose sight of one important fact: Wilson's routine is usually on the wrong side of irritating. Swisher pulls off the same act on a much subtler scale and manages to be cool and likeable...most of the time. Marvel's "merc with a mouth" started off as just another way for Rob Liefeld to get more swords, guns, and/or pouches into a given panel, but has evolved into being Marvel's only self-aware comic book character. His act is often running right up to the edge of being tiresome, but rarely crosses over. Make note of that, Brian Wilson.