AFL: The 10 Least Enjoyable Photos Or Memes Shared By My Mom On Facebook This Month.

THANKS MOM THAT WAS FUNNY MOM

Share All sharing options for: AFL: The 10 Least Enjoyable Photos Or Memes Shared By My Mom On Facebook This Month.

After a brief hiatus from the Arbitrary Friday List column, I have returned to speak candidly about something that effects us all: our mothers using Facebook.

The old stand-up joke is that they're out of touch and they butt-in on your personal life, but there's a lot more to it than that. Last year, the purpose of moms on Facebook was to play flash games and send you assy requests for things like chicken coops, pissing you off enough to do one of those ATTENTION EVERYONE I HAVE EVER KNOWN, PLEASE STOP SENDING ME GAME REQUESTS, I WILL STRANGLE YOU TO DEATH IN REAL LIFE. That subsided, and the new role of Facebook moms was to randomly share pictures and memes you might find printed on things at the Hallmark store, or, on a saucy day, Spencer's Gifts.

Below, I have cataloged and commented on the 10 such meme or photo shares from my own mother over the last 30 days. I hope you enjoy them as much as I have. Let us know how your mom spends her day on Facebook in our comments section, or hell, just talk about babies taking naps, because that's apparently the only thing anybody on the Internet cares about anymore. 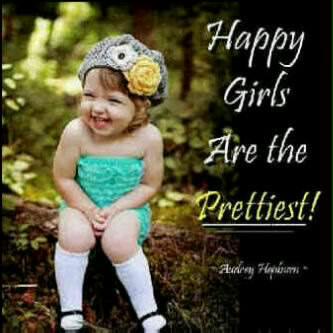 I want a companion piece with a frowning child that says "You look sad, which means you're ugly. Now you're even sadder because I called you ugly! JUST KEEP GETTING UGLIER AND SADDER!" with a "like this in three seconds, keep scrolling if you don't care about children" addendum. 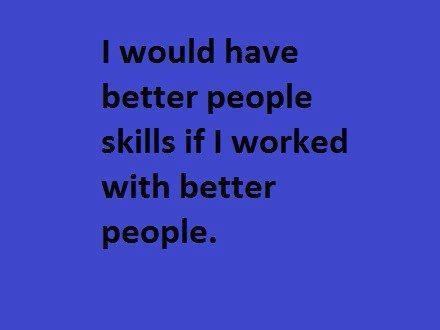 The joke: My job is to create memes using MS Paint, and I'm bad at it because people keep bothering me.
Besides "babies," my Mom's favorite type of sharable meme is the one about how she's totally fine, but everyone around her is stupid and can't pick up a box or a fork or whatever without dropping it on her foot. Sharable Mom Memers have an inspiration poster at their cubicle (at the memes office) that says I AM GOOD AND YOU ARE BAD, and they just thesaurus the shit out of it.
8. 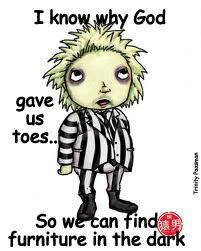 The joke: I stub my toe a lot. And also I'm Beetlejuice?
My theory is that the person who put this together google image searched "frustrated cartoon" and had no idea that it's supposed to be Beetlejuice. This one's incredibly unenjoyable not only for the pop culture inconsistencies, but because of not only Comic Sans MS, but badly-spaced Comic Sans MS.
7.

The joke: I only like my favorite kind of music.
I don't think my Mom even likes Pink Floyd, that's what makes this so bad for me. My Mom has been in a Jackson Browne/Eagles/Bog Seger thing since she was like 15, I should know, I inherited their vinyl collection. They have an Andrew Gold album, but nothing by Pink Floyd. Like 8 fucking Huey Lewis records. As for the rest of the meme, I'll give her the rap face, but I'd give her 100 dollars if she could name a single Justin Bieber song she's heard enough to hate.
6. 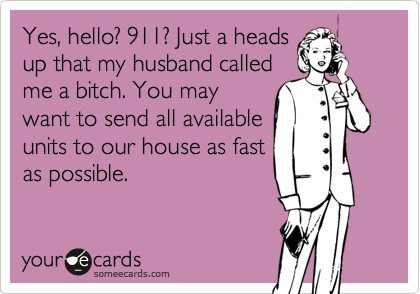 The joke: My Dad is verbally abusive?
I don't enjoy being exposed to the dark underbelly of my parents' relationship through Facebook shares. Occasionally my Mom will share something like, "PMS? I'm bout to get BOUTY BOUTY AND ROWDY ROWDY!" and not really know what it means, but then she'll share a My E Cards that's like, "my husband called me a whore so I'm gonna stab him with a butcher knife when he goes to sleep," and everyone leaves "you a trip!" comments while I'm sitting over here wondering what the fuck is going on at home.
5. 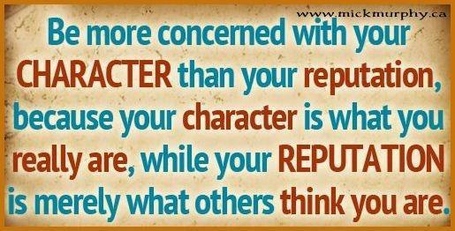 The joke: Bob Marley had a lot of really great quotes.
The watermarks and logos all over these things are great. Has anyone ever shared this quote and thought to themselves, "wow, that's wise, I need to visit www.mickmurphy.ca to find out more"? Or when it's a picture of Mickey Mouse with BELIEVE IN YOUR DREAMS under it, and there are like six competing graphics in the corner. Watermarking your GIFs? That's great, because you made them from scratch!
4. 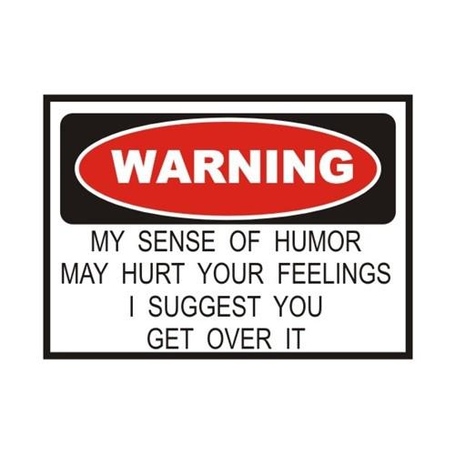 The joke: My Mom is Carlos Mencia and has no concept of positive/negative space.
I can't remember my Mom ever telling a joke. She likes Martin Lawrence movies a lot. That does kinda hurt my feelings, now that I think about it.
3. 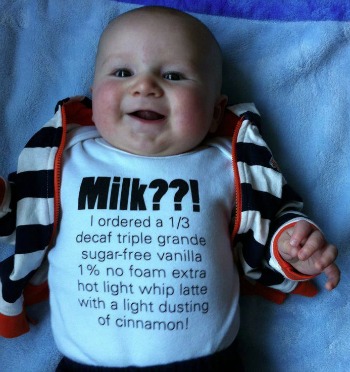 The joke: Babies. Also, people today are crazy!
I like to think this one was inspired by me, because I'm the asshole who strolls into Bristol, Virginia, on holidays and asks the local at the Starbucks to make me a quad soy iced latte or whatever when the most complex thing he's used to hearing is "coffee, in a cup if y'can, persheate'cha". That drink sounds pretty good. At least better than "body fluid from your chest". I'm gonna have a baby and force him at all times to wear a jumper that says REPRODUCTION IS WEIRD.
2. 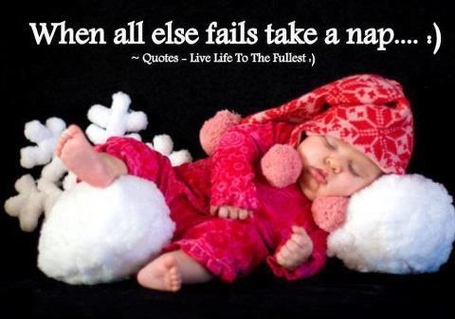 The joke: Babies.
I'm an only child, and unlike a lot of my relatives, I didn't immediately start throwing my ejaculate into every human I could find at age 15 and make a litter of barely-cared-for, staggering Virginians. Therefore, my mom gets a little baby-crazy, and the sight of a baby in the crowd nearby at a baseball game or a picture of a baby wearing old-timey pajamas is enough to set off a room full of biological clocks a la Back To The Future. Babies, you guys. BABIES. THEY'RE DOING THANGS.
1. 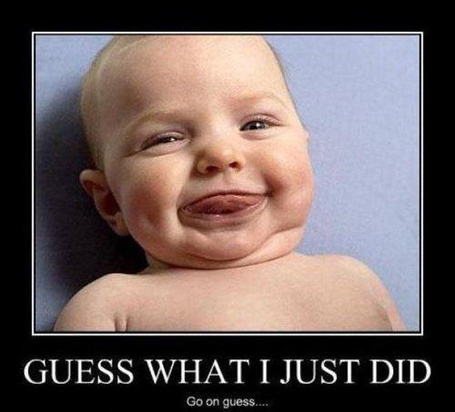 The joke: Babies on motivational posters, which is THE WORST.
Is the answer, "ruin my life"?