Progressive Boink Holiday Mixtape: What Christmas Means To Me.

Probably not whatever version you're thinking of. But this is the best one.

Share All sharing options for: Progressive Boink Holiday Mixtape: What Christmas Means To Me.

Hanson. Just the name is a punchline in most corners of the Internet. Well, you'll never hear me say a cross word about this band of brothers, mostly because of one spectacularly sugary, perfect Christmas song.

In 1997, fresh off the heady success of summer jam "MMMBop," Hanson cobbled together a Christmas album called Snowed In. It was the biggest-selling Christmas album that year. No, really. It also features this cover, which is pretty much the most 1997 image ever: 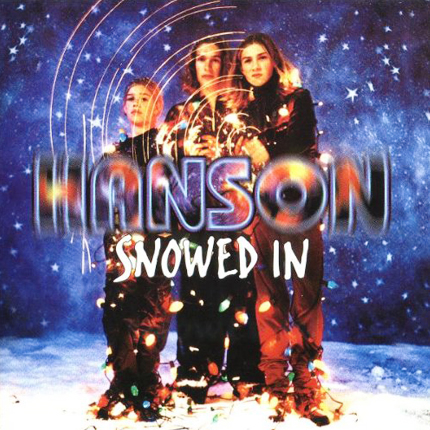 But the second track on that album is just legit mainlining Christmas cheer: their version of "What Christmas Means to Me."

You could say that it's a cringe-worthy example of a bunch of extra-super-duper-white kids really trying to "Jive Soul Bro" the hell out of a modern Christmas standard. But don't lose sight of the fact that these kids completely shred. Listen to stupid Zac Hanson sing the hell out of this song. Whatever your opinion of Hanson is (and I expect that it is generally much lower than mine), this is objectively the best version of this song.

Don't believe me? Cee-Lo did a version this year. I like Cee-Lo. I was excited when I found out he did a version. But listen to it. It's lifeless and joyless. His delivery sounds like he's taping this in between cockatoo purchases and is actively checking stock quotes on his iPhone while laying down vocal tracks. He should go back to having battle-raps with Brak.

I love this song so much at this point that it's become one of those things where if I don't experience it in December, it's not Christmas time. Right up there with watching The Muppet Christmas Carol.

If you want a real mind-fuck, here's a video of Hanson playing this song in 2010. They're all adults now. More or less. And they still tear this song up with minimal effort. Stupid talented families.